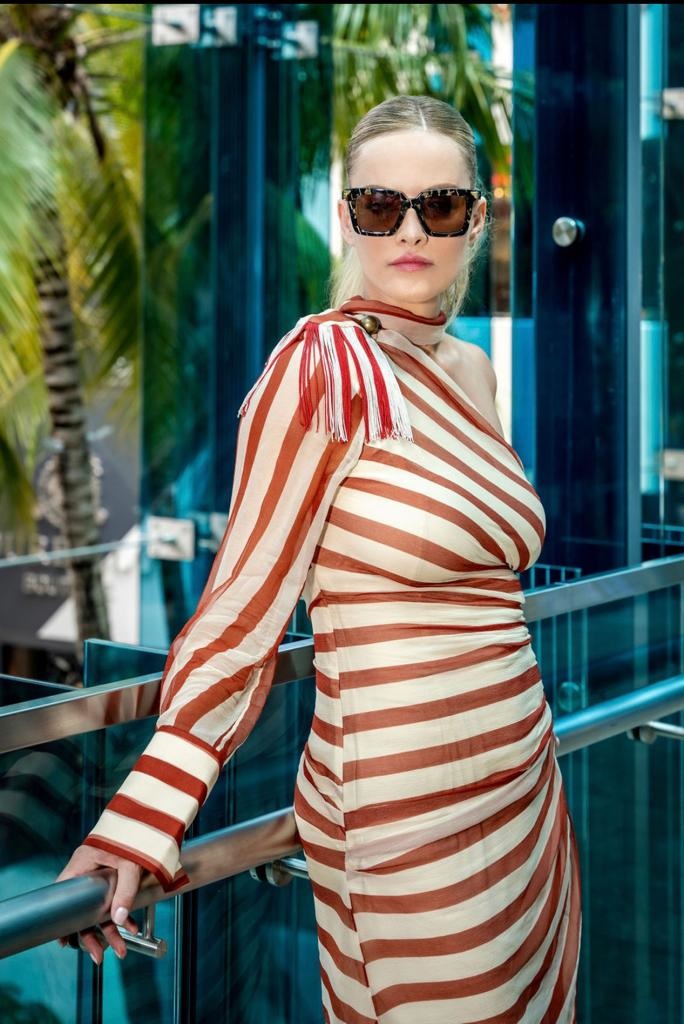 Vernia Marcel, from Cologne, Germany has been in the fashion world for many years now starting at 13. She was seen as a rising star and discovered by an agency in Düsseldorf, where she began building her portfolio and budding career. Verina was greatly impacted by working with the famous Helmut Newton. Verina is proudly celebrating Helmut Newton’s 100 Birthday October 31st, he was a German-Australian “prolific” fashion photographer whose photos were a mainstay of Vogue and other publications. 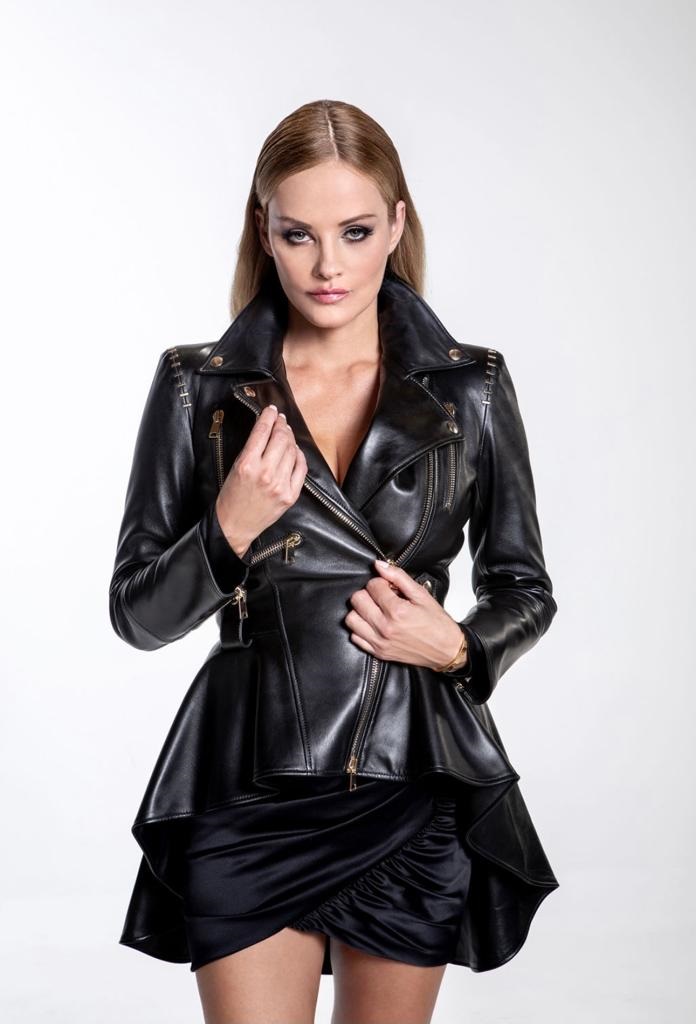 She became a Cosmopolitan cover girl, booking runway shows, fashion editorials and ad campaigns after moving to Milan to sign with the top agency FASHION. This signing fast-tracked her success in the fashion industry. She received a casting call from Helmut Newton’s assistant in Milan, to shoot the Lavazza Calendar. He took a Polaroid of her, and the next day she was booked to shoot with the legendary photographer in Monte Carlo where he and his wife June were living. She is part of his famous SUMO Book revised by his wife June Newton. Verina’s photographs are displayed in his Permanent Art Collection at the Helmut Newton Foundation in Berlin.

This was a huge stepping stone for her as Newton is a world-famous photographer with major name recognition in the difficult industry. He called her again after being so impressed the first time, and she shot for Vogue Paris. On set she got a surprise visit from Prince Albert of Monaco which solidified her rising social status. 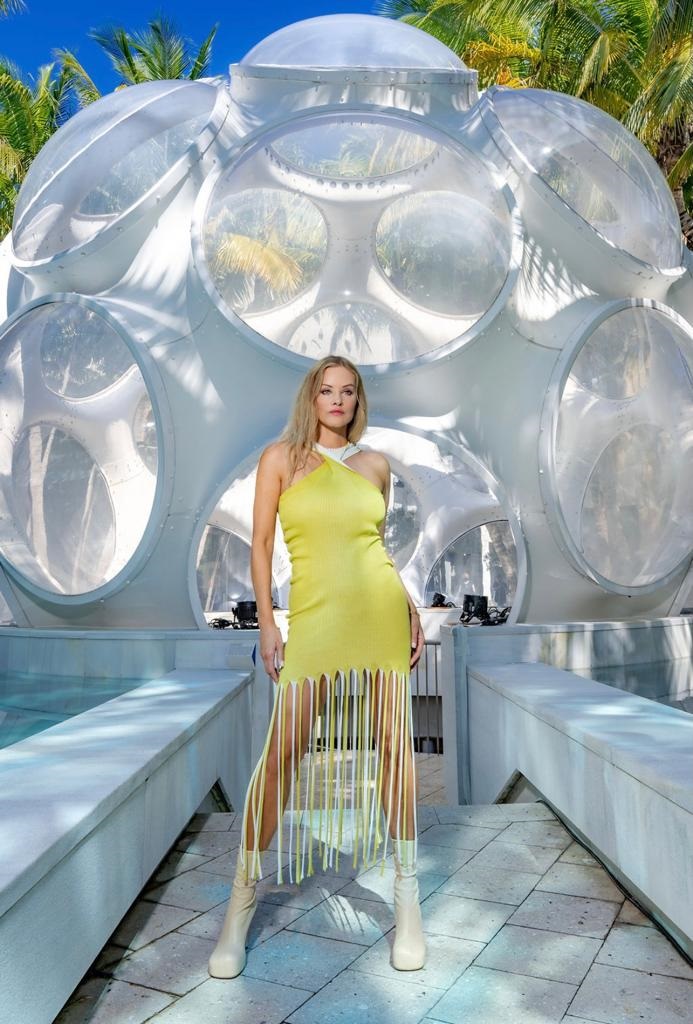 Helmut had such a big impact not only on Verina’s professional life, but her personal life as well. She became vegan and started fighting more diligently for animal rights as an impact of his ideas and his influence on her. Verina strongly believes that when good things happen, you return it and do good for others. Their time was sadly short as Helmut Newton tragically passed in 2004 from a heart attack while driving his car in the driveway of the Chateau Marmont, Los  Angeles. They had planned a meeting  to shoot a new Ad campaign the next day.

A Hollywood Ending but his legacy will live on forever. In his endless profile of photographs that includes the biggest stars like Andy Warhol, David Bowie, Madonna, Leonardo di Caprio, Supermodels Cindy Crawford, Claudia Schiffer and of course Verina are all part of the extraordinary, iconic, timeless Art Helmut Newton Created. “

On Oct 31st 2020, the world celebrates the legendary Helmut Newton’s 100 birthday. “I feel so lucky and blessed to have met and worked with my hero,” Verina says. “I am forever thankful for every opportunity I had to shoot with Helmut Newton.” 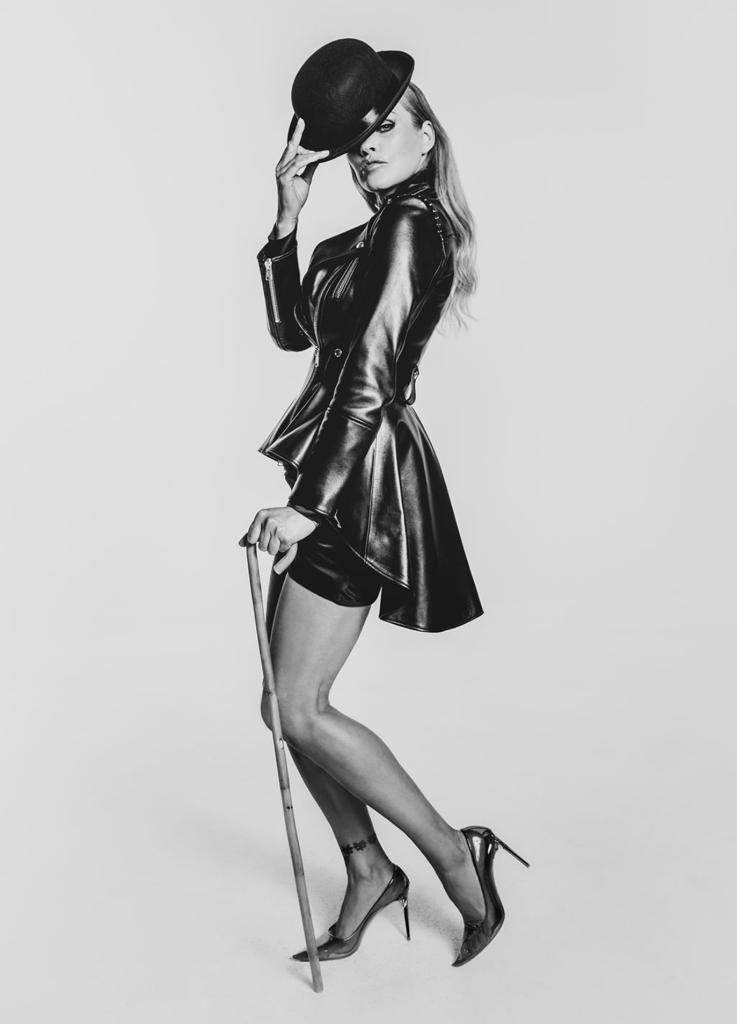 After her success in Milan she packed up and went to the Big Apple, New York City. She signed with the top agency  IMG models. Her first IMG campaign was for Guess, and worked her way up as the face and spokesmodel for impressive ad campaigns like La Perla, Guess, Chanel, Armani, Gucci, Prada, and Valentino, as well as walked in their runway shows.

She really does it all, aside form modeling she also works in film as an actress. She appeared on the hit TV show Veronica Mars next to Kristen Bell, and in movies including, Eagles in the Chicken Coop , and National Lampoon’s TV: The Movie, next to Lee Majors. Verina has also been the hero girl in many music videos for bands like Filter with Carmen Electra  and multiple commercials for major national brands like Nikon with Ashton Kutcher.

With her ability to find success in two of the, arguably, most difficult industries to work in, it is no surprise she is still working for major companies. Verina continued as a muse and in-house model for Lloyd Klein Couture where she has been featured in print ads and walked the runway shows for many years. She has graced the covers and editorials of the most notable fashion magazines including Cosmopolitan, Vogue, Elle, Marie Claire, and W Magazine and more. She also has a Podcast coming soon which will connect her with her audience more than ever.