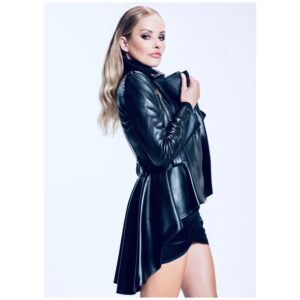 From Germany to the Big Apple, Verina Marcel has made her name known internationally for her work in the fashion industry. She’s modeled for some of the most iconic clothing brands. She’s been featured on the covers of huge magazines. Now, she’s even working on creating her own clothing line. When it comes to fashion, there’s really nothing Marcel can’t do.

Marcel got her start modeling at the age of 13 after a German modeling agency recognized her for her natural beauty. She decided to move to Milan, the fashion capital of the world, and signed with top agency FASHION. From runway shows to ad campaigns, Marcel quickly earned the title of “International It-Girl” for her phenomenal talent and her insane beauty. Following her success in Europe, Marcel decided to move to New York City and signed with IMG Models – with her status only continuing to grow in America.

After moving to America, Marcel quickly became one of the faces of world-renowned brands such as Guess, Chanel, Prada, and Gucci. She has been featured on the covers of Elle, Vogue, Cosmopolitan, and more, garnering a wide following and massive support from fashion lovers across the globe. It’s not just fashion where she’s found success, either – Marcel has been featured in a number of films, TV shows, music videos, and commercials as well. 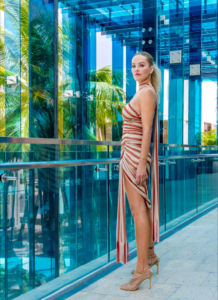 Working in the fashion and entertainment industries gave Marcel the opportunity to network and grow close with a number of notable figures over the course of her career. She has worked closely with Helmut Newton, a world famous Berlin-based photographer, on a number of projects and exhibitions. Marcel served as his muse for many years, being featured in Vogue Paris and in his Helmut Newton Foundation.

Marcel also became quite close with Lloyd Klein, a fashion designer who has dressed some of Hollywood’s biggest celebrities. Klein has collaborated with the likes of Givenchy and many more. Marcel worked as an in-house model for his brand and also consulted him on some of his own collections for Lloyd Klein Couture. All of her experience working with Klein and Newton taught her so many new things about fashion, which is all coming to fruition with her new line, VERINA.

Marcel worked with Klein on the creation of her line, consisting solely of dresses that are designed to be versatile and adaptable regardless of weather, mood, or season. She wanted to create items that would allow every woman to fully express themselves, every single day of the week. Every piece sold will also benefit WildAid, an animal-rights charity foundation that is near and dear to Marcel’s heart. 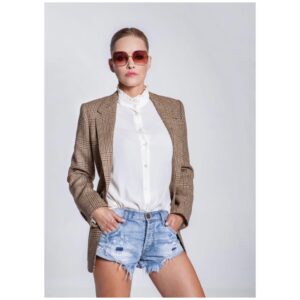 Soon enough, fans of Marcel will get an even deeper look into her life and her career. She plans to release a podcast very soon, which will give us the opportunity to see the beliefs and opinions she holds as a fashion icon.

Marcel is known for her eye-catching beauty, but she has made it clear that she has a lot more to offer than just that. From her extensive experience in fashion to her wealth of personal connections, Marcel continues to climb the ranks of the industry elite – making positive contributions and change along the way.